In the years following a merger which created a large pharmaceutical , one of the world’s largest pharmaceutical powers - the number of applications the company was using worldwide was nearing 200. The problem was, explains Basel, Switzerland-based Project Manager/Systems Consultant John Packard, that “we had no common way of submitting tickets to the support organizations to help with the applications.” For example, some applications used a Lotus Notes e-mail account while others had a help desk phone number, “So, it was just so inconsistent,” he says.

For starters, they had an apples-to-oranges scenario where “we were unable to compare applications with each other. We weren’t able to calculate how we were performing against our service levels to our customers.” Worse still, sometimes support requests would get lost. “Tickets may have been called into a phone number and left on a voicemail and somebody may or may not have picked them up, and same with the e-mail account.” Another issue was that multiple points of contact confused users. “They didn’t know how to report problems or who to go to to report problems.” Packard admits that his team managed, but there was room for improvement. 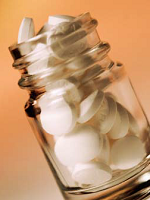 Something needed to be done!

“There was only one way to go. We had to improve it by having a single point of contact for all development customers.” Thus began the search for solutions, a quest that started with products from seven different companies, but ultimately led them to Monitor 24-7’s award-winning enterprise help desk and service desk software solution, IncidentMonitor. Packard explains that two key factors swung the pendulum in IncidentMonitor’s favour. “One was that the quality of the consultants that we talked to from Monitor 24-7; they obviously were well-prepared,” he says. “They obviously knew what they were talking about. They understood our business needs and made recommendations.” The bottom line also factored into the large pharmaceuticals decision, Packard says.